The retail world was disrupted by the introduction of digital technology long ago and telecom operators, as retailers themselves, have launched several initiatives to catch up with the existing trends. However, in the majority of the Western European markets, none of the key players has managed to develop a significant competitive advantage over the others.

In the mature Western European mobile telecom market, the key mobile operators have not achieved a significant level of differentiation from each other despite their measures to enhance their commercial channels.

Most of the Western European mobile telecom markets currently present a similar competitive scenario: well-established leaders with a steady market share, stagnating revenues and MVNOs (Mobile Virtual Network Operators) that are now plateauing after their appearance over a decade ago. This is shown in Figure 1, where the evolution of two Western European markets are depicted as a reference showing the mentioned effect. Moreover, the last decade has also been characterized by the disruption caused by the digitalization strategies from retailers and e-tailers. As a result, the large telcos, with strong retail networks, had to define and implement plans to adapt their commercial channels to the new reality. Just to cite a few examples:

The aftermath of this situation has not resulted in a significant differentiation for any player. On the contrary, these changes have placed telco operators in a similar position against the real forces that are shaping the market. For instance, telecom leaders still have over-dimensioned retail networks with high level of overlapping, and thus incur high commercial costs without achieving any competitive advantage against retailers and e-tailers.

2. Catching up with the forces of change – Global trends in retail impacting telcos

The entrance of e-tailers and retailers in the telecom market, instant gratification expectations from customers and consumer polarization are the key factors that may disrupt the market in the coming years. The resulting upcoming changes are expected to become far more disruptive and will have a transformational impact on the telecom industry.

Maturity and evolution of the market have facilitated the entrance of new players, who have unique characteristics, into traditional telecom domains.

As mentioned earlier in this paper, this trend can be exemplified by a new type of competitor getting into traditional telecom domains, such as the handset market. Long established retailers have been steadily gaining share in the handset market. Their business strategy is based on high volume/low margin and a growing bargaining power, unbeatable capabilities for stock management and a much broader portfolio than any telecom operator.

Again we can exemplify this trend with the Media Markt case within the Spanish market. Media Markt has more than 85 stores in Spain and an average store size of 1.600 m2 . They are much larger than any traditional telco PoS. In addition, Media Markt combines strong capabilities to handle a broad range of products and a high stock with a relatively low cost base, characteristics that cannot be easily replicated by any of the telecom operators. The entrance of new players is actually happening all across the value chain, not just in the handset market, as shown in Figure 2. Retailers and e-tailers not only excel in operations, being more cost efficient, but they also present strong capabilities to generate content and customer intelligence.

Due to this aggressive entering of retailers and e-tailers in the market, telco operators will need to deploy more transformational strategies, in comparison with those initiatives carried out over the last few years, in order to remain competitive.

Changes in customers’ behavior and their expectations are the key triggers of current market shifts. This is a consequence of what they are experiencing in other markets, enabled by the latest technological changes.

Customers’ expectations are being radically influenced by the strategies and capabilities of e-tailers. Figure 3 illustrates the dramatic evolution of Amazon delivery services. The instant gratification delivered by this evolution is generating addiction to this core part of Amazon’s value proposal: proximity, simplicity and convenience. This effect, derived from the digitalization, is happening across industries, from music to banking, as shown in Figure 4. The music industry was one of the first ones disrupted by the digitalization. When this effect was extended to other industries, reaching more traditional ones such as financial services, it became clear that customers were inevitably demanding this immediacy in every aspect of their daily lives. Another key risk for telecom operators is driven by technology developments and applications, which are about to introduce more entropy into the ecosystem. As described in Figure 5, technological developments result in cheaper IT products, more informed consumers and higher competition, which ultimately brings a reduction in prices and margins. Examples of this would be the introduction of the eSIM, which would facilitate users to switch easily between providers, or the rise of delivery service platforms that intermediate in the ecosystems and become a barrier for any telco trying to directly create relationships and a fruitful dialogue with its customers. This enables further disintermediation of telecom value-chain for new players. In addition, over-the-top (OTT) players such as Google, Apple and Facebook are also offering OTT messaging services such as FaceTime, iMessage and WhatsApp, reducing some of the classic telco revenue streams. Finally, it is also important to take into account the evolution of the demographics in Western Europe. As can be observed in Figure 6, population in this region is expected to age and its growth to slow or even decrease, and this shift has a multiplying effect over total expenditure since older population segments have, on average, higher income levels. Therefore, in addition to the digitalization trends, close attention has to be paid to the needs and expectations of these older segments when designing commercial strategies and distribution models. 3. A leap into the future: how far will disintermediation go?

The effect from the digitalization and disintermediation trends could go far beyond any expectation and this paper tries to expose what could be the resulting end-game. Based on these trends, we can predict three plausible scenarios for 2025: “Full-digital”, “Cornerstone” and “Commoditized connectivity” (tick-in-a-box), depending on the level of disintermediation in the supply chain.

Sales channels could represent up to 45% of the total OPEX of an operator in a highly mature market, meaning a significant opportunity for efficiency.

The most significant OPEX for a telecom operator is related to the sales channels activity, as described in Figure 8. Reflecting on the evolution of this fundamental business area of a telco operator, it clearly represents a relevant opportunity for efficiency. Traditional telco operators may consider this as part of their transformational opportunities to become more competitive. Additionally, current evolution of channels activity across the main telco operators can be used to extrapolate what might happen in the future and where these situations might arise. Every operator in a mature market is observing the same decreasing indicators of sales activity on the traditional telco channels, both physical and remote telesales, clearly anticipating a world where digital channels are much more representative than today.

Monitoring the speed and direction of the development of the telecom market will condition the decisions that telco operators should take in the future, but it might not be enough.

Based on the information provided so far in this paper, we can conclude that the future telco market will be digital and, to a lesser or greater extent, disintermediated. The strategies that telco operators are likely to follow are a result of the future telecom market scenarios depicted in Figure 9. Possible strategies adopted by any telco would be the result of how the company is coping with the developments in the market and the answers to the following questions:

These questions are a means to depict an end-game scenario. Describing these scenarios and monitoring the speed of market development would be especially critical for any strategist when designing transformation plans. A good example could be found considering the case of the travel agency market when, after the entrance of online players, the resulting scenario shows well differentiated approaches from previous travel agencies space, from pure online players to very aspirational ones as depicted in Figure 10. Finding the correct place in this end-game for these players would have facilitated the transformation they had to face at that time. Since the market is currently moving at an unprecedented pace, this paper proposes to take a proactive approach by looking at the possible scenarios for the future of the telco distribution in 2025.

The future telco market will be a battlefield for strong digital players where the level of intermediation is still undefined, but the different options are limited.

After some continuity period in which tactical digitalization measures are going to drive the telco operators’ strategies, this paper proposes to take a leap into the future aggregating the different characteristics of plausible players in 2025.

As a result, we foresee three different scenarios based on their level of intermediation. Following this approach, telco operators can understand the likely transformational change that will need to happen. The evolution into these three scenarios is represented in Figure 11 and described below. Disintermediation has not continued its current trend, either as a result of new regulations in the market or lack of acceptance of certain technologies. In this scenario, it can be expected that:

Telco operators have been able to play the ecosystem game and to leverage partnering agreements to change the rules of the game. Because of this:

Disintermediation has dramatically affected the industry and now telco operators’ offering is just a building block for other distribution players. Therefore, customers do not shop anymore at telco market places. As a result:

Although there is a high degree of uncertainty about how far the disintermediation will go in each market and geography, it seems reasonable that a significant number of the markets would end up at some point in between the “Digital differentiation” and the “Cornerstone enablement” scenarios. This would mean that at least some operators have already started to recognize some of the forces of change that have started to impact their retail business and have also started to lead the change needed to build the basic strongholds against disintermediation.

With the 2025 end-game in mind, telco operators must take strategic initiatives to ensure that they remain competitive players in the market, and not just observers.

In summary, the entrance of e-tailers and retailers in the telecom market, instant gratification expectations from customers and consumer polarization are the key factors that may disrupt the market in the next few years. Based on this, we can predict three plausible scenarios for 2025: ‘Digital differentiation’, ‘Cornerstone enablement’ and ‘Commoditized connectivity’, depending on the level of disintermediation in the supply chain.

All these scenarios have one key thing in common: physical channels are going to strongly decrease in size. However, as telco operators are moving towards any of the three scenarios, they will need to review the following aspects:

As highlighted throughout this paper, any telco operator that underestimates the impact of these changes will seriously damage its position in the medium term, since the market is currently moving at an unprecedented pace. In this movement towards disintermediation, the demand for strong leadership to review fundamentals and to build a “digital differentiator” able to counterattack these scenarios, will be even more necessary than recognizing the impact of the scenarios themselves.

This is a change in the way strategies are defined today. Instead of catching up with the changes reactively, the future strategy should start with setting a vision without boundaries. At the end of the day, setting an ambitious vision is the first step in defining a good strategy.

This report was written by : 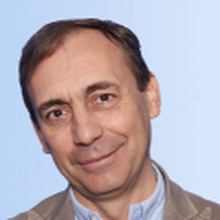 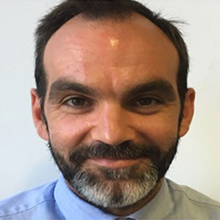 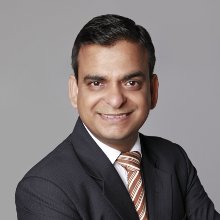 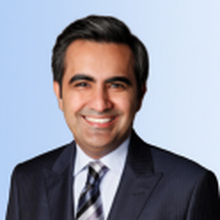 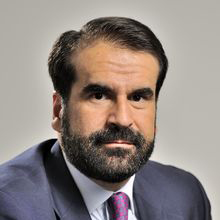 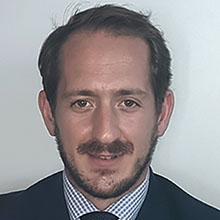 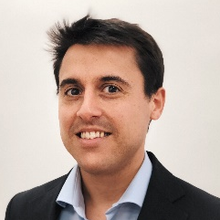